Our Team. The best team of physios in the Illawarra ready to help you.

We have the most passionate team of Physios and Remedial Massage Therapists in the Illawarra, ready to help you. 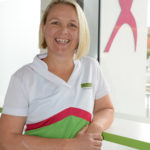 While studying her undergraduate degree Cat also pursued hockey and ultimately represented Australia. She has also cycled at a state level and was a member of the paralympic squad leading into Athens as a pilot for a visually impaired athlete. Cat has had her fair share of injuries and can fully appreciate the frustrations associated with time out of sport/activity.

Cat spent three years in the lead-up to the Sydney Olympics traveling full time with the Australian Sailing Team and represented Australia as a Physiotherapist at the 2000 Olympics. She is obviously passionate about sport and people who are passionate about being active and maintaining activity.

Cat has provided physiotherapy coverage for sports including rugby union, hockey, gymnastics, martial arts, corporate sports days and has spent a season working in the NSW ski fields as a physiotherapist. She has also attended World University Games as a physiotherapist and was nominated in the Australian University hockey team three consecutive years whilst studying.

Cat has been retained as the Team Physiotherapist for the Young Matildas (womens Football) including management of the teams’ injuries whilst in Australia as well as on Tour including a month tour in Italy.

Cat is currently a Physiotherapist with the Australian Swim Team. She has traveled to World Junior OWS, World Cups, World Championships, and Olympic qualifying events.  Was also the Physiotherapists for the OWS in the lead-in for the Olympic Team for RIO 2016 and TOKYO 2021(2).

Cat is passionate about advocacy for her profession, the health of all Australians, and helping people maintain the ability to continue to do the activities they love to do.

Cat is passionate about applying the latest research and evidence to ensure all her patients receive the best care available. 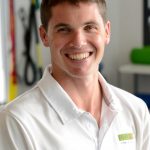 James is a keen and committed physiotherapist who is passionate about providing his clients with the best treatment management.

He has completed a Bachelor of Science (Exercise Science) at Wollongong University and a Bachelor of Physiotherapy at Canberra University. He is committed to ongoing learning to ensure he can provide his clients with the best treatment possible.

James has a strong interest in sport and exercise. He is heavily involved in triathlon and competes at an elite level. He is a qualified Triathlon coach and enjoys coaching local triathletes. 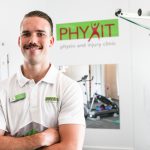 John is a fabulous member of the Phyxit Crew. He brings with him a passion for excellence and gaining the best results he can with his clients. John has had experience here and abroad and draws on this to marry together the best treatment plan for consistently great results with his clients.

If you can’t find him on the sidelines of the Rugby field looking after the Tec Tahs Players you may find him traveling NSW and Australia with the ISCH and  NSW Representative Hockey Teams.

John is currently completing his Masters of Sports Physiotherapy and carries his passion for learning into all his consultations and will strive to work with you to gain results. 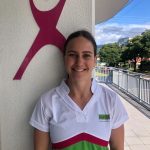 Claudia is a vibrant and caring physiotherapist who puts her patient’s needs front and foremost.

She comes originally from country NSW and has a deep love of sport, staying active, and doing what you love.

Claudia spends time looking after our local hockey players and representative teams as well as WIAQ swimmers and traveling with them to National Championships.

She has a strong sporting background herself – A fantastic addition to our Touch football team having played Rugby for the Brumbies and is currently branching into some AFL! So look for her on the local fields.

Claudia strives to get the best outcomes for her clients, working with you to reach your goals big or small. 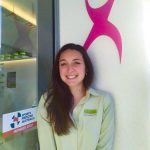 Alana is an enthusiastic and driven physiotherapist. Having traveled all the way from Canada, she is ready to get you started in your rehabilitation journey. Rather than just giving you a short-term fix to a long-term problem, she wants to help you help yourself get back in action!

Alana is a believer that “motion is lotion” and prides her work in being a mixture of both hands on therapy, as well as exercise/movement therapy that targets the right places. Holding a Masters of Physiotherapy degree with a specialization in musculoskeletal and sports injuries, Alana strives to go above and beyond your rehab goals!

When Alana is not helping people reach their full potential, you’ll find her rock climbing in the Blue Mountains. If the weather doesn’t allow for that, you’ll find her climbing indoors at the local gym! Alana feels that climbing conquers all aspects of life and sports (mentally, physically, and socially) and uses it in almost every direction life takes her. 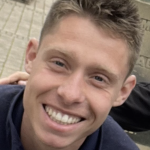 Gil is an energetic, highly skilled member of the Phyxit team. Coming all the way from Belgium, Gil provides an exotic European background to our clinical setting.

With a Master’s Degree in Sports Physiotherapy and a Postgraduate Degree in Manual Therapy, his toolbox is well equipped to help you with all your needs. With a patient-centred approach and a combination of both manual and exercise therapy, Gil sees the bigger picture, and aims to find the underlying cause of a problem. This assures his clients can not only achieve their rehab goals, but prevent their problems from returning. His goal is always to get his clients on their way to being the best versions of themselves.

In addition to clinical physiotherapy – Gil is also a professional bike fitter. He uses his knowledge from both in the clinic and on the road to get cyclists to perform their best. When it comes to sports – you name it, Gil does it (or at least tries to)! Cycling, running, tennis, soccer, rock climbing, calisthenics… He finds it hard to sit still. 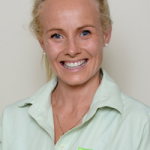 Mel is our wonderful Practice Manager.  Her wealth of knowledge kicks goals when it comes to our ethos and interaction of our support staff with clients.

She has been involved for many years in the health and sporting industry. Previously an elite athlete and PE teacher and now currently a personal trainer.

Mel is also a full time Mum to 4 kids (as well as all of us!). What Mel doesn’t know isn’t worth knowing. 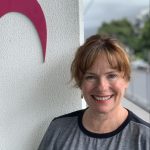 Danielle brings to Phyxit a wealth of experience within the Remedial massage field. She practices patient centered care and works with her clients to reach their goals. She has experience in a large scope of practice and strives to deliver gold standard treatment.

Danielle is a keen Hockey player and Skier which means some tough decisions during winter! However loves jumping on the Indoor Hockey court in summer. 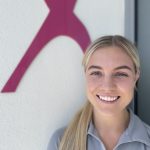 Georgia was born and raised in country NSW, and has a passion for facilitating the health and wellbeing of the local community.

Growing up participating in a variety of sports such as gymnastics, basketball and league tag, Georgia understands the importance of a healthy functioning body and the vital role of recovery.

Georgia has worked alongside respected NRL and Rugby Union teams including St George Dragons and the Brumbies.

Georgia Loves being outdoors, at the beach and spending time with friends and family as much as possible.